Wikipedia describes the Crime Writers’ Association (CWA) as a writers’ association in the United Kingdom. It was founded by John Creasey in 1953. It is chaired by L C Tyler and has almost 700 members.

Membership is open to any author who has had one crime novel produced by a bona fide publisher (or at the discretion of the committee), with associate membership also offered to those in the publishing industry and provisional membership to writers who have a contract with a publisher but whose book is not yet published. It enables writers to contact each other, promotes crime writing with annual awards, and organises social events. It also supports writing groups, festivals and literary events through its authors. The main aims of the CWA are to promote the crime genre and to support professional writers. The Crime Writers Association has been providing social and professional support for its members for more than half a century, as well as running the prestigious Dagger Awards.

The Secretary of the Crime Writers Association is Dea Parkin, who also runs editorial consultancy Fiction Feedback. The management of the organisation is by CJAM of Colchester.

C T Mitchell’s acceptance was not automatic since his signing with Austin Macauley. The CWA had considered Austin Macauley not to be a bona fide publisher, instead a group who merely offered partnership agreements to its authors. But after submitting is contract to the committee for verification, The Crime Writers Association approved his membership.

The Association also has a number of other Awards including the Gold Goldsborough, Silver Awards, Debut Dagger and Short Story Award to name a few. 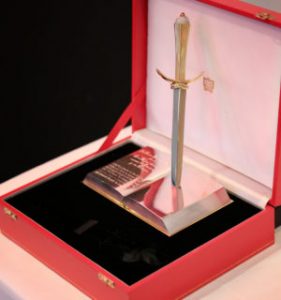