9 Crime Podcasts To Get Your Blood Boiling

Winter’s chill is coming, and you know what that means: a fresh crop of true-crime podcasts. Tune into these nine new pods this spring. 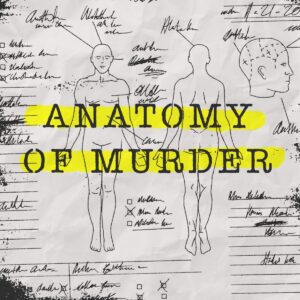 What sets Anatomy of Murder apart from other true crime podcasts? It’s the real insider’s perspective offered by the show’s co-hosts—one that considers every single layer of a murder investigation.

Every Wednesday, Weinberger and Nicolazzi take listeners for a behind-the-scenes deep dive into some of the most compelling cases. They break down each of the critical decisions involved in a murder case, talking to victims’ loved ones and law enforcement professionals involved in the original investigation along the way. 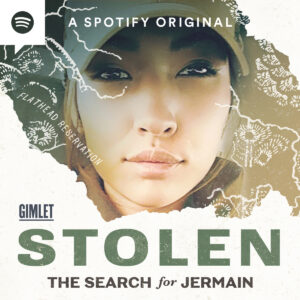 Stolen: The Search for Jermain
(Gimlet/Spotify)

On June 15, 2018, Charlo, a young mother and Confederated Salish Kootenai tribal member, was enjoying a night out in downtown Missoula. Things were going well for Charlo at the time of her disappearance: she was about to start training to become a firefighter and had a new boyfriend.

Charlo’s last known whereabouts? The Badlander, a bar in downtown Missoula. Surveillance footage from that night shows her walking down an alleyway behind the bar. She has never been seen or heard from since.

There are thousands of missing and murdered Indigenous women in the U.S., and Walker—who is Cree from the Okanese First Nation in Saskatchewan, Canada—has dedicated her journalistic career to uncovering violence perpetrated against Indigenous women like Charlo. What’s more, mainstream media tend to overlook cases that involve Indigenous women—cases like Charlo’s.

Over the course of eight episodes, Walker retraces Charlo’s steps, interviewing Charlo’s family members and the lead investigator on the case, following up on brand-new leads, and conducting her own real-time investigation. 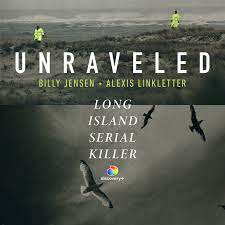 I know what you’re thinking: another LISK podcast? Hasn’t this case already been covered to death? (No pun intended.) Bear with me, though. If you aren’t among the millions that have already binged this seven-part series fromThe First Degree podcasters Billy Jensen (I’ll Be Gone in the Dark, Death at the Mansion: Rebecca Zahau, among many others) and Alexis Linkletter (Talking Evil on Discovery+), you’re missing out.

I don’t want to give too much away, but I’ll say this: when Jensen declares in Unraveled’s opening credits (quite dramatically, I might add) that “Everything you think you know about the Long Island Serial Killer case…is wrong,” he’s not wrong. This podcast delivers big time—by shedding new light on a case that has thus far been covered in scores of podcasts, books, TV shows, and movies.

What’s more, Linkletter and Jensen are native Long Islanders, bringing their own insider knowledge (and the fact that they know some of the people directly connected to the case) to the table.

Unraveled isn’t just a rehashing of old case coverage. Instead, Jensen and Linkletter use the podcast as an opportunity to conduct their own on-the-ground investigation. Can’t get enough of Unraveled after you finish episode seven? A two-hour accompanying TV special is available now on Discovery+. 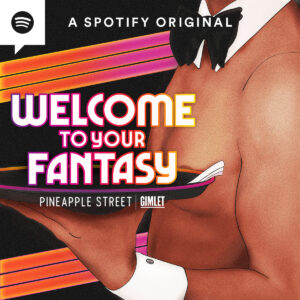 Welcome to Your Fantasy
(Pineapple Street/Gimlet/Spotify)

What comes to mind when you hear the word “Chippendales”? If you’re not an 18th-century furniture enthusiastic, the image that bubbles up probably looks something like this: oiled pecs, freshly groomed mullets, and, yes, those signature bow ties and cuffs. What’s the story behind the iconic ‘80s all-male revue? And, more importantly, what do exotic dancers have to do with true crime?

The sordid story behind Chippendales—which began as a seedy disco-era bar-slash-backgammon joint tucked into a industrial pocket of L.A.—is wrapped up with greed, arson, hired hitmen, murder, and, yes, lots and lots of sex.

Join Natalia Mehlman Petrzela, a Stanford-educated historian of sex, gender, and culture, as she pulls back the curtain on the infamous global cultural phenomenon that paved the way for Magic Mike and The Full Monty. 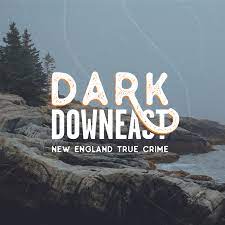 The term “Downeast” refers to a certain stretch of coastal Maine known for its beautiful shorelines, sleepy harbor towns, and delicious seafood. Those hailing from the area are sometimes called “downeasters.” But the idyllic place known to some as “Vacationland” turns spooky when we consider the following fact: Maine currently has over 120 unsolved homicide and missing persons cases.

In Dark Downeast: New England True Crime, host and native Mainer Kylie Low examines some of the darkest chapters in her beloved Pine Tree State’s history. She also digs into cases from surrounding New England states, including Massachusetts and New Hampshire. From mass poisonings to a missing persons case that has gone unsolved for over five decades—even serial killers who haunt New England—Low combines her deep journalism experience and unbeatable local knowledge to unearth the secrets lurking beneath Maine’s picture-postcard façade. 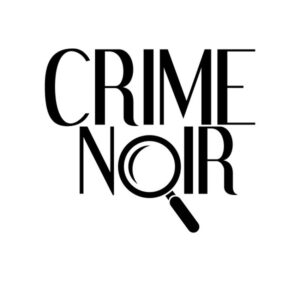 If you don’t know their names, you should.

Far too often, mainstream media fail to adequately and accurately cover criminal cases in which the missing or murdered person is Black. Crime Noir, a brilliant podcast now in its third year, sets out to change that.

In Crime Noir, host Candice Gaines profiles the unsolved and underreported cases of missing and murdered Black people. Gaines, who has a degree in forensic science, dives deep into each and every case, conducting in-depth investigative research that hones in on the truth.

Among the recent cases covered on Crime Noir is that of Gregory Johnson, Jr., San Jose State University student whose 2008 death at the Sigma Chi fraternity house remains unsolved. Although Johnson’s death was officially ruled a suicide by police, the FBI initially investigated the case as a hate crime, and there’s evidence to suggest that the 20 year-old was murdered. 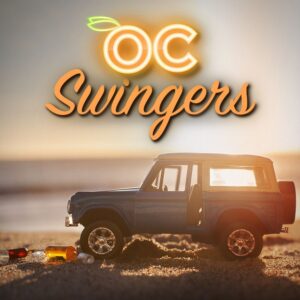 Whenever I see the acronym “O.C.,” I’m immediately transported back to my youth, when I spent one hour every Thursday night in the company of Orange County, California’s coolest teens. So when I heard about a new podcast that combined two of my favorite things—the O.C. and true crime—I was immediately intrigued.

Apart from the fact that they both take place in the same rarified Hollywood-adjacent county, O.C. Swingers has little in common with The O.C.

Audiochuck’s newest offering, which dropped its first episode on March 29, follows the sordid sex crimes case of former Bravo reality TV star Dr. Grant Robicheaux and his girlfriend Cerissa Riley. Robicheaux, a square-jawed orthopedic surgeon with leading-man good looks (he appeared in the short-lived Bravo series Online Dating Rituals of the American Male), and Riley, a pouty-lipped dance instructor-slash-substitute teacher, might not look like sexual predators. But looks can be deceiving, especially when it comes to this dangerous pair.

Robicheaux and Riley are accused of drugging and raping numerous women—according to Tony Rackauckas, the initial district attorney who prosecuted the case, as many as 1,000 incapacitated women, as documented in video footage the couple took of the assaults.

A different district attorney is now in charge of the case, and in February 2020, that D.A. moved to dismiss the case against Riley and Robicheaux. The brave women who came forward with their stories are still fighting for justice, however, and the fate of the case now lies in the hands of California’s attorney general.

Justine Harman, former features director at Glamour and creator of the hit podcasts The Baron of Botox and Broken Harts, hosts. 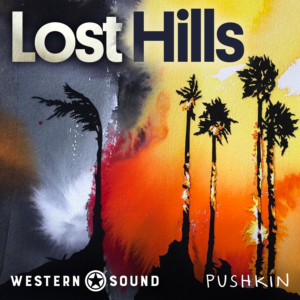 For another California-themed pod, look no further that Lost Hills, hosted by The New Yorker’s Dana Goodyear (her recent investigative piece “A Shooter in the Hills,” which follows the same case covered in this podcast, is a 2021 true-crime must-read).

In June 2018, 35 year-old scientist Tristan Beaudette took his two toddler daughters for a camping trip at Malibu Creek State Park. Nestled in the Santa Monica Mountains, Malibu Creek State Park is an 8,000 square-mile expanse that one enters through Calabasas, the same town that the Kardashians call home. In other words, not a place one might associate with crime. In the middle of the night, a friend who’d accompanied Beaudette on the camping trip heard what he thought was fireworks and discovered that Beaudette had been shot in the head.

Beaudette’s murder shocked the “pink bubble” that is the privileged enclave of Malibu. Police eventually arrested a survivalist living in the woods for Beaudette’s murder and a spate of other, non-fatal shootings, but was he really the killer? Or just a police-planted scapegoat? As Goodyear says the Lost Hills trailer, “Everyone in Malibu has a secret.” 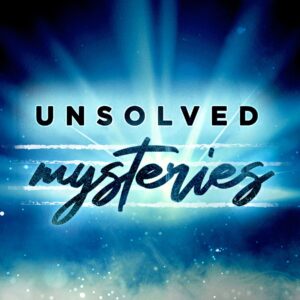 I don’t know about you, but I was absolutely psyched when Netflix launched its 12-episode reboot of Robert Stack’s iconic original last year. Though there’s no (official) word yet on whether there will be a Volume 3 of the Netflix version, the folks at Cadence13 swooped in to scratch my itch for all things mysterious and murky with the official Unsolved Mysteries podcast. This isn’t just a repackaging of old Unsolved Mysteries episodes (though I would totally be up for that!) Instead, it’s entirely brand-new content, albeit with the same creepy-but-lovable theme music that used to make the hair on the back of my neck stand up when I was a kid.